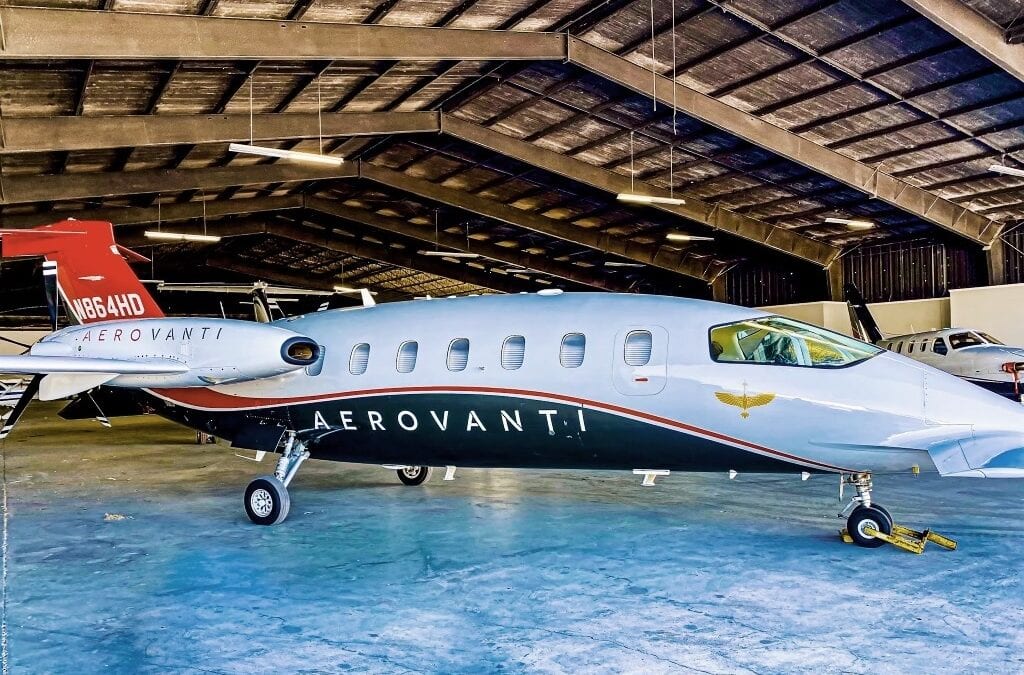 According to Amstat, Marjet has one aircraft, a 1972 King Air, on its charter certificate.

A release said, “The acquisition includes the conversion of Marjet’s Federal Aviation Administration Part 135 Certification to AeroVanti, which upgrades its operations and positions the company to continue to rapidly scale.”

“Commercial air travel today has become one of the most stressful and frustrating experiences, and we’ve answered the call for an easier and enjoyable way to travel,” says AeroVanti Founder and CEO Patrick Britton-Harr.

“We didn’t purchase Marjet for the aircraft. We purchased it for the certificate,” Britton-Harr tells Private Jet Card Comparisons.

Recently, he says AeroVanti has built its fleet to more than a half dozen Piaggeos operating under NBAA Small Aircraft Exemption No. 7897.

The Small Aircraft Exemption allows NBAA members named on the exemption’s list to employ the alternative aircraft maintenance programs and limited cost-reimbursement for certain flights in accordance with Part 91 Subpart F, which are typically limited to aircraft weighing more than 12, 500 pounds, powered by multiple turbojets, or part of a fractional ownership program.

Britton-Harr says that covers members of the AeroVanti membership program.

The as available program has been plagued by member complaints about lack of availability and flight cancelations.

When it launched last June, AeroVanti had partnered with Brazos Valley Air Charter before splitting in September.

There are currently about 150 members, according to the company, and only around 10 have left. Britton-Harr says after acquiring aircraft, getting them into service has been delayed due to backups at MROs.

He says the company is backtracking on its original outsourcing model by bringing maintenance and customer service in-house, something he believes will yield a better member experience in the future.

So far, this year, there have been 10 M&A deals involving charter operators, brokers, and jet membership programs.