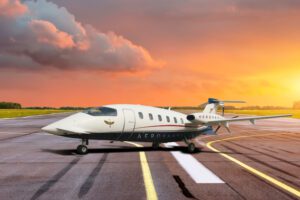 On the heels of a major Series A funding round, private aviation pioneer AeroVanti Club secured a historic investment to expand its fleet to meet increased member demand.

Sarasota, Florida – Continuing its pursuit of transforming the private aviation industry, AeroVanti Club today announced a new investment vehicle of up to $100 million that will fund a major aircraft fleet expansion. Today’s announcement comes just weeks after AeroVanti announced a major $9.75 Series A funding round, solidifying its position as an industry pioneer creating an entirely new market segment in the $25-billion-a-year private aviation industry.

The $100 million investment led by Lafayette Aircraft Leasing will fund a significant fleet expansion and allow the company to rapidly scale to meet customer demand. The first plane of this fleet expansion – an Embraer Phenom 100 – recently arrived at the company’s headquarters in Sarasota, Florida.

In a little more than a year since launching, AeroVanti has experienced 400% growth, while completely transforming the private aviation industry and quickly establishing itself as the leader in best-in-class private services at a fraction of the price of its competitors. The fleet expansion will allow AeroVanti to keep its member-to-aircraft ratio lower than the industry average without sacrificing any of the luxury one expects with private travel.

“Our mission at AeroVanti is simple: To transform private aviation and modern travel as we know it so that our members can enjoy both luxury and value, never having to sacrifice one at the expense of the other,” said AeroVanti Founder and CEO Patrick Britton-Harr. “We offer our members both convenience and exclusivity, and this investment will fuel our relentless pursuit of this goal.”

AeroVanti members are not burdened by costly initiation fees, expensive hourly rates, capped miles, or inconvenient booking restrictions like other membership-based private aviation services. In addition to being faster and more affordable than its competitors, AeroVanti’s fleet of Piaggio P180 Avantis has one-third the carbon footprint, making it the top option for the sustainability-conscious passenger.

For those who choose to take advantage of AeroVanti’s premier membership option of purchasing block time, dues will be waived through the remainder of the year.