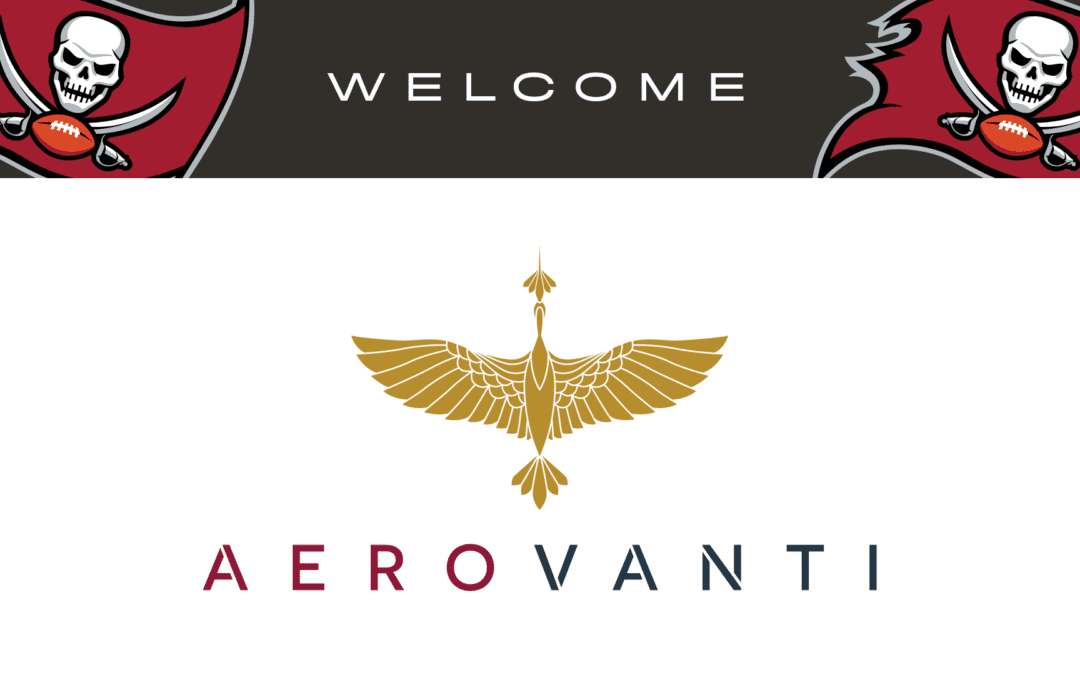 Partnership with the Buccaneers is one of many recent partnerships announced for the private aviation pioneer, which is experiencing a banner year for growth while transforming the industry 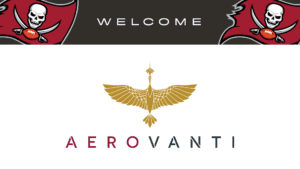 AeroVanti has also been named the first-ever presenting partner of the Buccaneers Champions Lounges, which will be rebranded to The AeroVanti Lounges, a first-class, exclusive experience that reflects both brands’ commitment to excellence.

“The Tampa Bay Buccaneers organization is one of the most well-respected and recognizable brands in the country,” said AeroVanti Founder and CEO Patrick Britton-Harr. “It’s evident they are committed to the success of everyone in their organization, which extends to their partners, as well. It’s an honor that they’ve entrusted us to be the official private aviation partner of the Tampa Bay Buccaneers. We want to thank the Glazer family and the entire Buccaneers organization for their leadership and stewardship, and we look forward to working closely for years to come.”

Both AeroVanti and the Buccaneers are committed to their communities, particularly active-duty military and veterans. AeroVanti employs many former military aviators and service members, sponsors an annual holiday homecoming flight, and partners with The Blue Angels Foundation. The official partnership includes a “salute-to-service” surprise military homecoming at a Buccaneers home game as a tribute to our military and veterans.

“We are excited to welcome AeroVanti as our exclusive private aviation partner,” said Buccaneers Owner/Co-Chairman Bryan Glazer. “AeroVanti has distinguished itself by redefining the private aviation membership industry through an innovative approach that has lowered costs and increased access to private travel. We look forward to working with them to facilitate the annual surprise military family reunion as well as finding additional ways to grow this partnership over the coming years.”

Earlier this month, AeroVanti announced it was the exclusive private aviation provider for two leading NCAA athletics departments: University of Maryland (UMD) Athletics and the University of Central Florida Knights. In less than two years since launching, AeroVanti has experienced 400% growth, while completely transforming the private aviation industry and quickly establishing itself as the leader in best-in-class private services at a fraction of the price of its competitors. A recent $100 million fleet expansion solidified its position as an industry pioneer creating an entirely new market segment in the $25-billion-a-year private aviation industry.

AeroVanti Club offers its members exclusive and affordable private aviation experience through individual, family, and corporate memberships. With its ultra-competitive pricing and luxury service, AeroVanti is redefining private aviation. In addition to being faster and more affordable than its competitors, AeroVanti’s fleet of Piaggio P180 Avantis has one-third of the carbon footprint, making it the top option for the sustainability-conscious passenger. Current destinations, which are rapidly expanding, span the entire U.S., Canada, and the Caribbean. AeroVanti members are not burdened by costly initiation fees, expensive hourly rates, capped miles, or inconvenient booking restrictions like other membership-based private aviation services. AeroVanti flights are conducted in accordance with the FAA Regulation Part 91F. Apply for membership today.