It means a lot to us’: Annapolis air club donates flight home for Navy boatswain’s mate and family 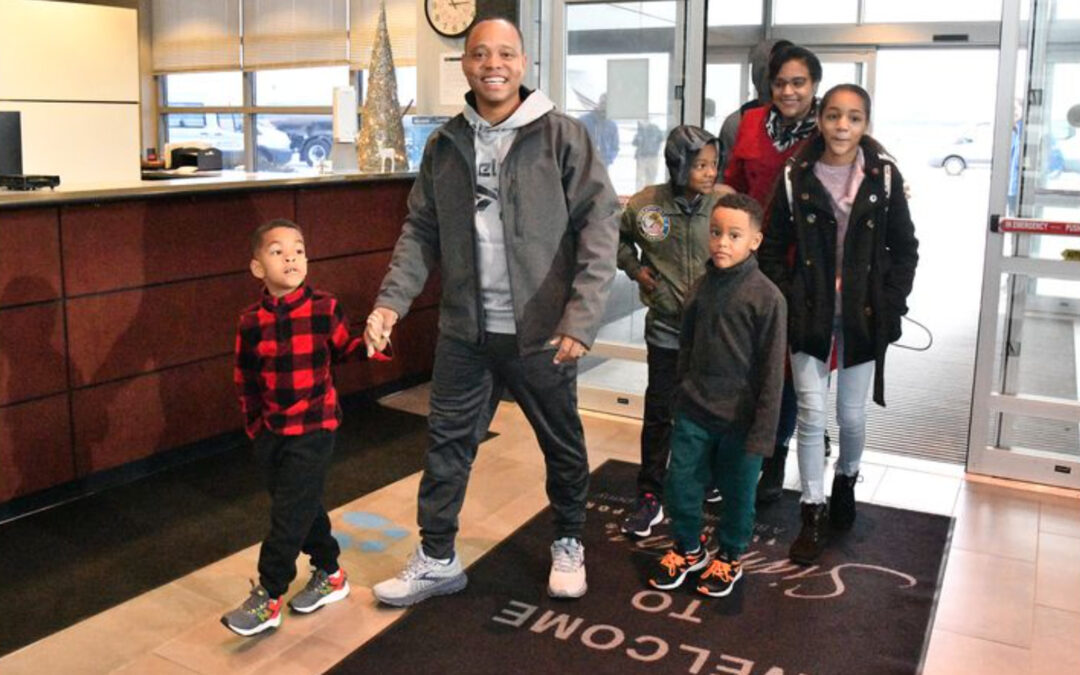 U.S. Navy boatswain’s mate Joaquin Ozuna, his wife, Jillian, and their five children were given a round-trip flight Tuesday by Annapolis-based private plane chartering service Aerovanti Air Club from Pensacola, Florida, so they could visit family in the area after a long deployment.

It has been five years since Joaquin and Jillian Ozuna have visited his relatives in Washington, D.C., but he surprised his 15 siblings Tuesday after flying up the East Coast in a private jet.

Ozuna is a boatswain’s mate in the U.S. Navy and his wife, Jillian, is a veteran. He was stationed for years in San Diego and now lives in Pensacola, Florida. It can be difficult and expensive to bring their five children — ages 5, 5, 11, 10 and 15 — across the country to visit relatives, he said. Twins Emanuel and Evan have not seen their father’s family since they were babies, Ozuna said, and will make their first memories on this trip.

The flight, which would have cost more than $8,000, was donated by AeroVanti Air Club, an Annapolis-based private plane chartering service. Many of the club’s pilots are veterans, spokesperson Jaclyn Fenton said, which is why AeroVanti thought coordinating a holiday flight home would be the perfect way to give back.

Fenton said the club connected with the Ozuna family through Navy recruiters.

The air club, which started this year, will provide a return trip in January for the Ozunas. The jet landed around 3 p.m. Tuesday, and AeroVanti also donated the use of a car service to take the family from the airport to Hyattsville.

Fenton said uplifting military families like the Ozunas is important to AeroVanti, as the club knows its pilots spent time away from family while serving in the military.

Ozuna joined the Navy in 1997 and is nearing retirement. Ozuna and his family said the trip was short and pleasant, and added that they would have still been at the airport in Florida if they had flown commercial. Time saved on travel is time gained with family, he said.

“It means a lot to us this year,” Ozuna said. And the family is excited for the big gathering.

“The 24th will be a whole lot of noise,” Jillian Ozuna said.